It is one of the most notorious examples of casting a white actor in a role intended for a person of color. In Cameron Crowe’s Aloha, Emma Stone plays Allison Ng, a woman who is supposedly one-quarter Chinese and one-quarter Hawaiian. As is quite obvious from Stone’s appearance, she is neither of those things. Aloha wasn’t very good with or without Stone’s casting but that certainly didn’t help, and it has remained a particularly egregious recent example of Hollywood whitewashing.

So when the film came up tonight during Andy Samberg and Sandra Oh’s Golden Globes monologue — with Emma Stone in attendance (she was nominated for The Favourite, but lost to Regina King) — you may have heard someone yell “I’m sorry!!” from off camera. That was Emma Stone. Take a look:

Sandra Oh: ["Crazy Rich Asians"] is the first studio film with an Asian American lead since "Ghost in the Shell" and "Aloha."

If you’re curious, here was Crowe’s response to the controversy back in 2015:

I have heard your words and your disappointment, and I offer you a heart-felt apology to all who felt this was an odd or misguided casting choice. As far back as 2007, Captain Allison Ng was written to be a super-proud one quarter Hawaiian who was frustrated that, by all outward appearances, she looked nothing like one. A half-Chinese father was meant to show the surprising mix of cultures often prevalent in Hawaii. Extremely proud of her unlikely heritage, she feels personally compelled to over-explain every chance she gets. The character was based on a real-life, red-headed local who did just that.

Stone said a lot more with two words tonight at the Globes.

Donate to The Ride for Change Now

Best of the Web

Mix of rain and freezing rain 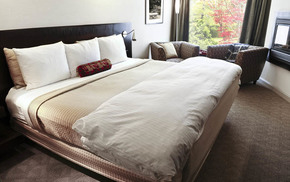 It appears that you already have an account created within our VIP network of sites on . To keep your personal information safe, we need to verify that it's really you. To activate your account, please confirm your password. When you have confirmed your password, you will be able to log in through Facebook on both sites.

*Please note that your prizes and activities will not be shared between programs within our VIP network.

It appears that you already have an account on this site associated with . To connect your existing account just click on the account activation button below. You will maintain your existing VIP profile. After you do this, you will be able to always log in to http://1470kyyw.com using your original account information.

*Please note that your prizes and activities will not be shared between programs within our VIP network.

Please fill out the information below to help us provide you a better experience.

Thank you for your request.